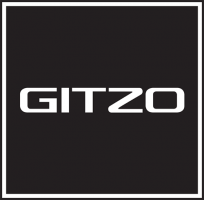 Gentec International, the exclusive Canadian distributor of Gitzo products, announces the next generation of Gitzo’s popular Moutaineer tripods. When Gitzo launched the original Mountaineer in 1994, it was the world’s first carbon fibre tripod.

Carbon fibre rapidly caught on among other tripod manufacturers, but Gitzo kept their Mountaineer series at the cutting edge, introducing even stronger “Carbon 6X” tubing in 2005, and the stronger and faster “G-lock” leg locks in 2007. Since then, Gitzo’s R&D team have been studying every aspect of the iconic tripod range to push its performance and dependability to even higher levels. The new Mountaineer tripods have been fully updated to incorporate the latest Gitzo technology, which increases rigidity and improves performance for professional photographers.

The diameter of each tripod leg section is another key factor in the strength of a tripod, and to make the 2014 Mountaineer range stronger, Gitzo has refined tube diameters. The improvement is particularly significant for narrower tubes: the final leg section of a 4-section Series 1 tripod is now 22.5% wider than its predecessor.

The top spider and column lock have also been improved, contributing to the tripod’s rigidity.

Enhanced usability and comfort
Gitzo has developed innovative solutions to streamline the way photographers use the tripod in order to make the new Mountaineer easier and faster to set up.

The main points of user interaction on a Gitzo tripod are the leg locks. By redesigning the G-lock internally and externally, the new “G-lock Ultra” creates a new level of ergonomic resistance. There are no gimmicks added to the existing G-lock; its now simply ultra comfortable, ultra smooth and ultra resistant to the elements.

Mountaineer’s Ground Level Set mechanism has also been completely redesigned for faster operation, which lets the photographer easily remove the centre column to get the camera closer to the ground: a single, simple unlocking ring under the column’s upper disc frees the column while keeping the upper disc solidly in place on the tripod.

This eliminates the need to unscrew and re-fit the upper disc and hook (patent pending). In addition, the leg-angle selectors have internal springs and more grip room, making switching leg angles faster and easier.

Get the accessories you need for the new Blackberry Z10

New to the Mobifoto product line, the iPro Lens System offers pro-grade optics to enhance your iPhone photos and videos.