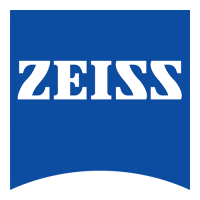 Held at the South Point Hotel and Casino; The Vegas Shoot is the most prestigious archery tournament in the World with over $250,000 in cash and prizes. The event attracts novice to Olympic archers from around the Globe and includes 3-intense days of no error competition. The attendance reached nearly 2,500 archers and thousands more spectators.

Out of a field of 262 archers in his division, Wifler finished his final round with a perfect score of 900 for the weekend, and 84 arrows in the X ring, incredible shooting by any standard. His finish advanced him to the famous “Vegas Shoot-off.”

Ten archers went out in the first round of the “Shoot-off”. Seven archers shot a perfect 30 and continued in the competition. The reigning Vegas Champion Schloesser shot nine in the second end, finishing with 28, along with Scott Starnes (USA). Canada’s Perkins had just one out of the 10-ring – as did Broadwater and Henry Bass (USA). Two remained: Americans Levi Morgan, and Wifler. Morgan put all three arrows out of the middle the next end, Wifler one of his first two. Left alone on the line, Wifler had a chance to win it – and he only needed an eight. Wifler shot a nine and in one of the quickest Vegas Shoot-off final’s, became the 2015 Vegas Champion in Men’s Compound Freestyle Unlimited division.

“ZEISS optics allow me to see exactly where my arrow is, even in low lighting conditions. ZEISS is the clearest optics I have ever used.” said Alex Wifler

“Alex’s hard work and dedication paid off by winning the largest indoor archery shoot in World. He always trains smarter and more than the average shooter. At 20 years old Alex has accomplish more internationally then most people dream of. He also has the confidence in knowing he is shooting with the best products in the world.” stated Mel Nichols, USA Olympic Archery coach.

“We couldn’t be more thrilled to have such a great staff of Professional Shooters who are clearly the best in their respective divisions,” said Joel Harris, Marketing / Public Relations Manager for Carl Zeiss Sports Optics. “Alex and all our pro staff represent, like our products, the “best in class” and we couldn’t be more proud of them all.”